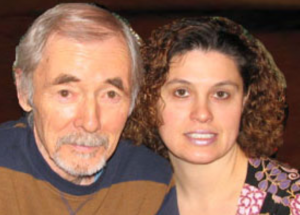 Mel Brand’s Story- An Etheric Discovery
How He Developed the Technique!

Meridian Energetics is a new and revolutionary healing and wellness modality that came into being from the knowledge and experience that happened to me from two profound and unusual experiences that happened in 1991. At the time as I recall I was working at a full time job and teaching meditation groups on a part time basis and doing intuitive readings for people.

One evening on retiring to bed around 11 pm after finishing an afternoon shift, I remember half waking up and feeling a funny moving sensation and a rather loud and obnoxious humming sound. Shortly after finding myself in what would be considered to most people as a wild and spontaneous dream state school. For the next several months and usually two or three times a week after falling asleep I found myself in this school in the dream state. What was so startling about the dreams was that I had full retention and awareness of the content of the dreams. What follows here is a very brief summary of the dream state school. There were besides myself two women and three other men. There were two teachers who conducted all the classes and they were humanoid in form but had golden energy bodies. In retrospect now, I realize were ONE SOUL OR GRADUATE BEINGS. If they were here on the planet, they would be called Twin Flames. They were gender neutral. Communication was telepathic and instantaneous. And the words would be heard in the middle of my head. They communicated with all of us in the same way but it was the radiation or energy they gave off that I remember very well. I immediately had a feeling of trust, love and sincerity. There was no doubt amongst all of us that this was for real. And I personally suspected that they were in fact holding back somewhat in the radiation of the love energy.

I recall after the first few excursions that I was in a state of shock and it took me awhile to get accustom to it. The first of these classes was now what I would call an intro to Meridian Energetics. We were first of all informed that as a group we had been selected for these classes for the following reasons. 1) We had a waking state awareness of the etheric body. 2) We had extremely sensitive nervous systems. 3) We had a high degree of intellectual development, without that development taking place through the educational system. As they put it our minds were not cluttered with useless information.

It was then explained to us that in 1980 the evolutionary impulse or spiritual awakening as some call it had been quickened in humanity as a whole. The prime focus of this evolutionary jump would be the development of an improved mental faculty, activation of dormant areas of the brain, radical changes in our personalities, and a remodeling of our psychological make up. The overall outcome of this would be an radically improved homo sapiens with a perennial higher state of consciousness.

Why Meridian Energetics is far more effective than other Healing Modalities?

We were then shown that most of our present day healing and wellness modalities ( medicine in general, fields of psychiatry, and psychology and alternate healing modalities such as EMF, Reiki, Therapeutic touch, Bowen Therapy, Pranic, Quantum Healing just to name a few) All of these therapies have been around for decades and in some cases hundreds of years. All were based on a seven chakra energy system and all of them have not evolved or changed to adapt to the evolution of human consciousness. And therefore would only offer limited or no results as the evolutionary process moved toward a twelve chakra system.

Shocking to see the Etheric Layers!

One of the most shocking classes that we attended that I recall for lack of a better expression was puberty for the etheric body ( etheric body an energetic duplicate of the physical). As well we were shown an energetic etheric body going through a series of rapid growth and development. It was quite an experience to watch as this etheric duplicate tried to rid itself of dysfunctional energy patterns, dysfunctional habit patterns, irrational belief systems, and non-productive creative use of sexual energy. Also throw in some sexual abuse vibrations, addictive energy patterns that almost all of us have. Over the next few months when we attended these classes the teachers would materialize different layers of the etheric body. They would show us where certain diseases, mental disorders, dysfunctional behavior patterns, and blockages in the psyche as they existed as an energetic pattern. We got hands on exposure to eliminate release, and remove non-productive energy patterns from the etheric body. In some cases, we would actually remove these lumps, bumps, blobs, clots, and sludge like blockages by using our hands and fingers like instruments of surgical removal.

We were continually reminded that the physical body is only the result of all its energetic input. We never once worked on what we call a physical body. We were informed that all of the knowledge and training we were receiving was being given to us to help humanity through a very difficult phase of human evolution.

In brief this will give you an idea of the events and circumstances that I experienced in the first set of events. Three years later we began the second set of circumstances. These were out of body experiences that occurred while I was meditating. I was fully conscious and aware of every detail of what I experienced. The first experience as I recall was the most frightening. It was something actually like a near death experience. I had all the difficulties of letting go of the physical body and even more difficulty letting go of the process of breathing. Until finally surrendering to the process itself. and going through a raspy wheezing type of breath I sat up then got up and looked down at my physical body lying on the healing table and finding out that I could still see and hear but I was no longer breathing oxygen but a rhythmic wave like motion of energy through the body.

But what came as the most startling surprise of all I discovered that as I was out in this second body I became aware that it appeared to have some of the aches and pains that seem to be pertinent to the physical. Being that I am a very curious individual to start off with I reached down with my second body fingers to touch what I thought was a sore area, and it suddenly just disappeared. I immediately jumped back into the physical body and to my surprise it had disappeared there also. It was at this point that I now believe Meridian Energetics as a modality began to give birth to itself. While this is a very brief summary of a sequence of events that took place over the course of 15 years it will give the reader an idea of where I am coming from. So with that thought in mind hopefully in the days ahead I may be able to help you discover and explore the undiscovered you.

We're not around right now. But you can send us an email and we'll get back to you, asap.